We try at MediaArea to have a common output whatever is the format, in order to be able to compare formats.
Unfortunately, each audio format "vendor" has its own method for naming channels, and worse it sometimes change over time.
Below is an attempt to map each names of channels for each audio format specification to a common name in MediaInfo and other tools developed by MediaArea.

Disclaimer: nothing "official" from any standardization body, this attempt is just for us but may be useful for someone else so we make the mapping public. As every standardization body and format vendor has different point of view on channel location, there are definitely some disagreements but if you think that there is an issue with an obvious fix don't hesitate to contact us for debating about it.

How we split the space surround the user 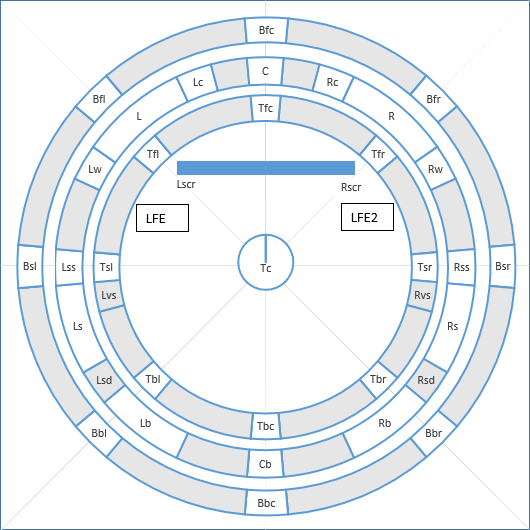